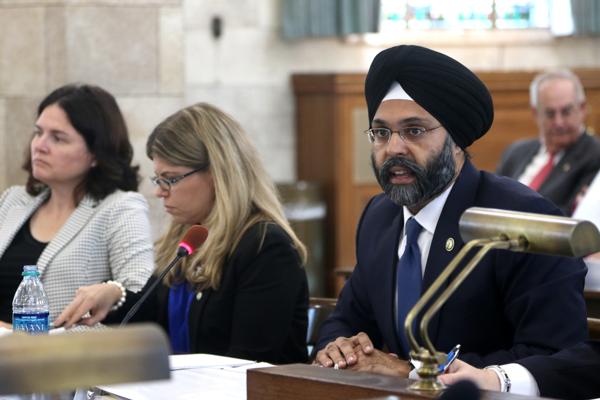 Attorney General Gurbir Grewal, who was appointed by Gov. Phil Murphy, an advocate for legalization, told a Senate committee Tuesday that he expected the availability of recreational marijuana to present “a challenge,” but one his office was prepared to meet.

He said his office and officials at the State Police were meeting with counterparts in states that have already legalized marijuana and upping police training in case New Jersey lawmakers follow through on Murphy’s plans.

Testifying for the first time at his department’s annual hearing in front of the Senate Budget Committee, Grewal said there are already about 400 officers across New Jersey trained as “drug recognition experts,” who are equipped to spot drivers under the influence of substances other than alcohol.

That’s more than any other state aside from California, Grewal said, adding that his office was preparing to train 80 more, prioritizing police departments that currently have none.