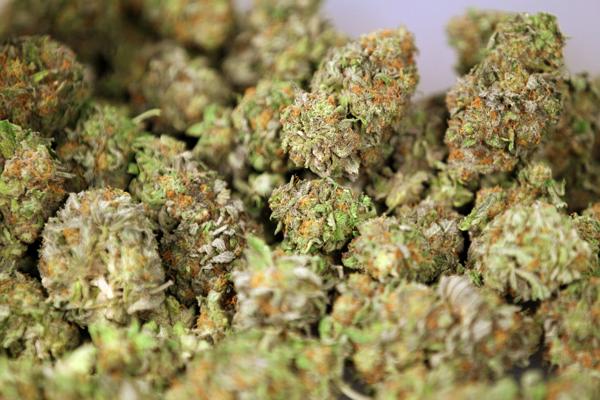 Legislative hearings are scheduled for next week on bills that would make recreational marijuana use legal and would expand the medicinal marijuana program. (John Munson | NJ Advance Media for NJ.com)

After months of delay and backroom disputes, state lawmakers are expected to finally begin voting next week on legalizing marijuana for adults over age 21 in New Jersey.

And it’s getting the fast-track treatment, even though legislative leaders and Gov. Phil Murphy remain at odds over details of the legislation.

Separate state Assembly and Senate committees will meet together for a hearing of debate and are expected to vote on the legalization bill on Monday, Nov. 26 at 10 a.m., according to sources familiar with the plan.

The negotiations over the legalization bill (S2703) have stalled in recent months between state Senate President Stephen Sweeney and Murphy, who have disagreed over the tax rate and whether a new commission should exercise control over the new industry.

Sweeney, D-Gloucester, said he and the Democratic governor have not agreed on the bill. But he said he didn’t want to wait any longer.

“We have been talking, and it’s time to move forward,” Sweeney told NJ Advance Media Monday night. “Hopefully, we can get to agreement with the governor.”

Sweeney said he favors imposing a 12 percent tax rate, plus 2 percent for municipalities that are willing to host cannabis-related businesses. He doesn’t want to go higher because he fears that it will allow the illegal market to thrive.

Michigan’s marijuana tax rate is comprised of a 10 percent excise tax and a six percent sales tax, according to published reports.

Murphy — as well as legislators who supported earlier versions of the legislation — have sought a 25 percent tax rate. Murphy has declined to say publicly how much he is willing to budge.

A source familiar with Murphy’s side of the negotiations said Murphy and the Legislature are at “an impasse.”

“They haven’t entertained our proposals or sought to meet us in the middle,” the source said, speaking on condition of anonymity.

A spokeswoman for state Assembly Speaker Craig Coughlin, D-Middlesex, could not be reached for comment Monday night.

On his call-in radio program Monday night, Murphy said he awaits a final version of the bill from lawmakers.