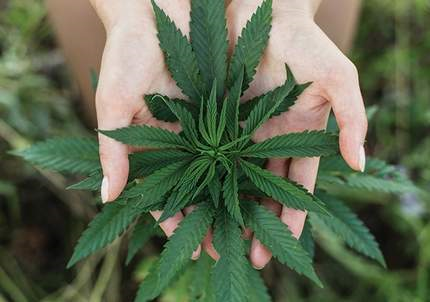 Lawmakers are looking to revamp how tax revenue from legalized cannabis is incorporated into the state budget, following talks between the Democratic administration and Sen. Nicholas Scutari, D-22nd District, an ardent supporter of marijuana legalization.

The treasury’s newly unveiled revenue projections for 2019, released Monday, showed marijuana revenue lowered by $11 million, to $69 million, rather than the $80 million unveiled in Murphy’s March 2018 budget proposal. The tax rate would be phased in over several years, Sciortino said.

For 2019, the state would realize $49 million by taxing recreational cannabis, Sciortino said, while the projections from expanding the medical marijuana program would hold steady at $20 million.

Scutari’s proposal, Senate Bill 830, is the only one which seeks to legalize, regulate and tax recreational cannabis. It’s not certain if that’s the measure Murphy would support the most; a spokesperson for the governor’s office cited a policy to not comment on pending legislation before it reaches his desk.

But S830 is one of three bills making their way through the Legislature. Another, Senate Bill 1926, would decriminalize marijuana, but stops short of legalizing recreational use. It’s sponsored by Sen. Ronald Rice, D-28th District, a staunch opponent of recreational cannabis.

Rice, who chairs the Legislative Black Caucus, said legalizing recreational cannabis will only worsen the social issues related to marijuana, such as the disproportionate incarceration rate for blacks and Latinos.

Legalization, Rice added, would also lead to more urban violence and fail to make a dent in the black market.

The third bill, Senate Bill 10, introduced May 21 and also sponsored by Scutari, would expand the state’s medical marijuana program by broadening who as a patient or caregiver would have access to medical cannabis, loosen requirements for alternative treatment centers and increase the quantity of medicinal cannabis available to patients.