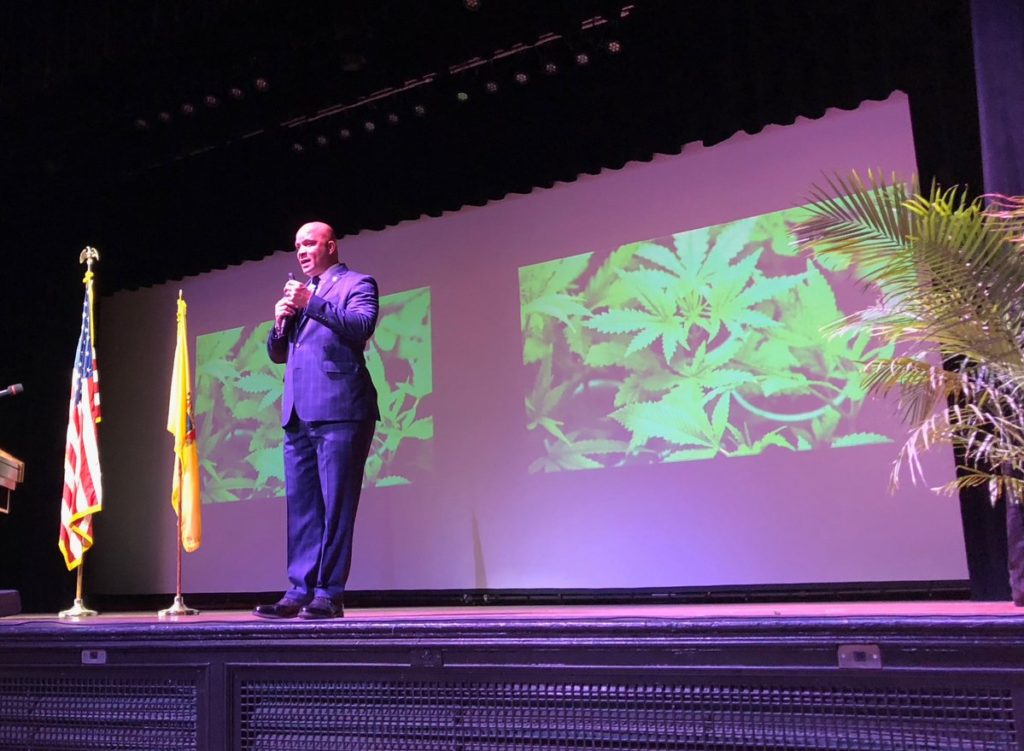 Amy S. Rosenberg @amysrosenberg
Here Atlantic City mayor Frank Gilliam during the weed portion of this state of the city speech.
4:26 PM – May 9, 2018

ATLANTIC CITY — On the Atlantic City Expressway, the new billboards are touting June 28 openings for the Hard Rock Hotel & Casino and the Ocean Resort Casino, two mega-casinos that will replace the Trump Taj Mahal and the Revel.

And down the Boardwalk, in the faded but magnificent Adrian Phillips ballroom of the Jim Whelan Boardwalk Hall,  the mayor of Atlantic City was playing Springsteen, Sinatra, and L.L. Cool J (Don’t call it a comeback/I’ve been here for years), to declare an unusually optimistic State of the City: “We are opening the door to a new era.”

“I feel exuberant,” Mayor Frank Gilliam Jr. said. He said that there would be no tax hike in the city’s budget, and that he was hopeful that legalized marijuana would come to New Jersey, to be enjoyed in his town in an “adult district.”

“We’re looking forward to being one of the municipalities where you can come in and enjoy the plant,” he added.

It was a pointed bookend to the State of the City speech given in 2015, following the closures of four casinos in 2014, when Gilliam’s predecessor, Don Guardian,  woke up to news that a unit of Caesars Entertainment had filed for bankruptcy.

“At least we’re not Detroit,” Guardian said, and then saw himself presiding over a city that teetered on the edge of bankruptcy and state oversight not unlike Detroit.